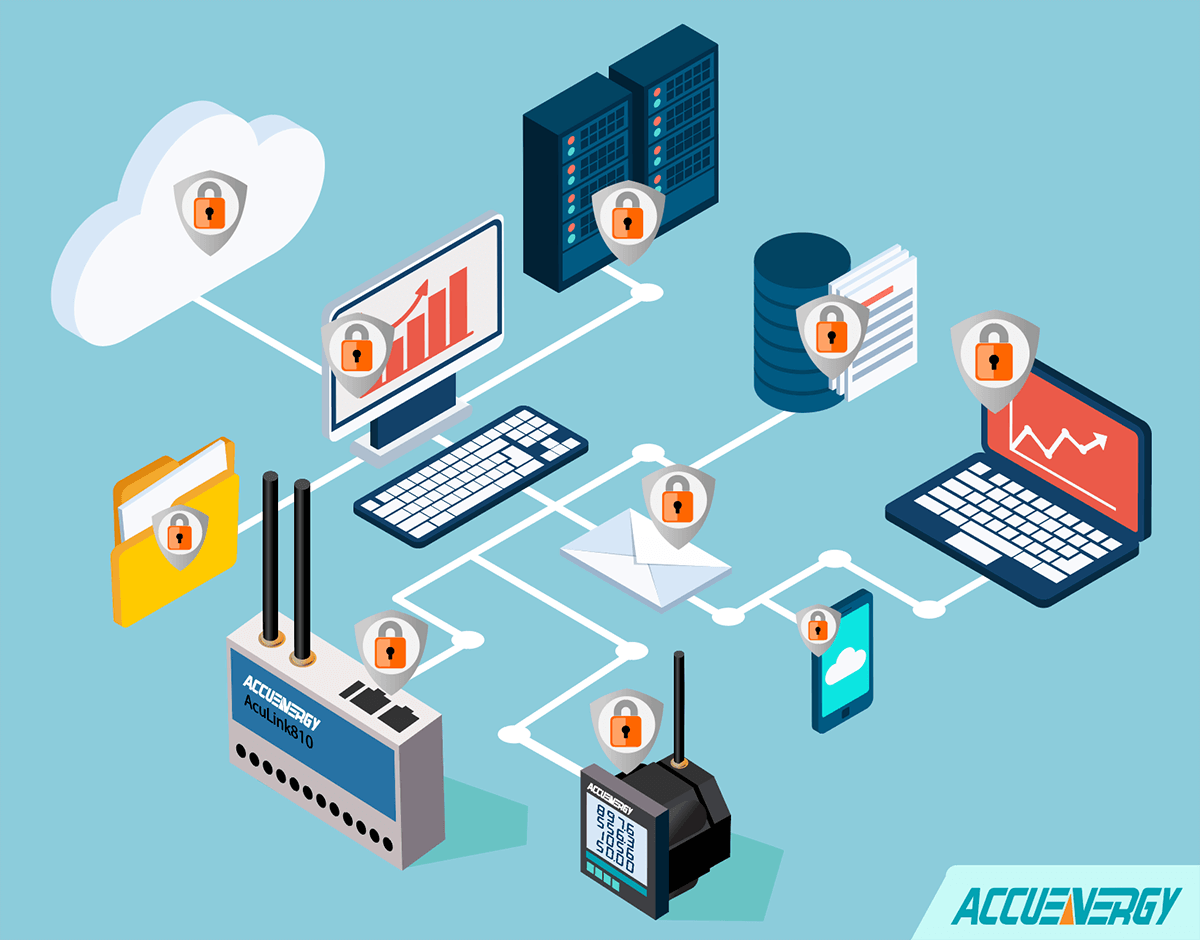 Transport Layer Security (TLS) 1.2 is the successor to Secure Sockets Layer (SSL) used by endpoint devices and applications to authenticate and encrypt data securely when transferred over a network. TLS protocol is a widely accepted standard used by devices such as computers, phones, IoTs, meters, and sensors. More precisely it is found in applications when users access information using a web client such as a browser, email, instant messaging, VoIP, as well as network routing such as DNS and NTP. Websites have an option to use TLS or SSL to encrypt data communication between their servers and the web client base on a set of rules in their cypher suite.

An important factor to point out is that these security protocols only encrypt data when it is ready to be transferred over the Internet to avoid man-in-the-middle attacks by eavesdropping or modifying the data content.

Many industrial facilities still rely on older RS485 and RS232 serial protocols to control, poll and monitor many of the automation technology. However, with modern industrial facilities adopting Ethernet technology as a means to communicate operational processes, securing data transfer becomes even more crucial. Encrypting the data transfer of web-enabled devices such as data acquisition gateways, PLCs and power meters with TLS 1.2 prevents third-party man-in-the-middle eavesdropping and gaining access to sensitive energy data and customer information.

Keeping data transfer secure across all networks and applications ensures data confidentiality and makes it less susceptible to possible cyber-attacks.

SSL was created by Netscape in 1994 with version 1.0 never released to the public due to design flaws. It wasn’t until 1995 SSL 2.0 was released and then succeed by SSL 3.0 in 1999. SSL 3.0 and all prior versions have since been deprecated since 2015 by the IETF due to vulnerabilities associated with the protocol with TLS being the recommended protocol to transfer data securely online.

TLS and SSL (Secure Sockets Layer) are both an authentication and encryption protocol for data transmission between electronic devices and application servers. TLS is the successor to SSL 3.0 and is the current standard protocol for Internet security. Although both are similar they are not interoperable with each other. Therefore, the server and client need to determine the security protocol to use, this is accomplished through an SSL/TLS certificate.

SSL/TLS certificates are provided to the client by the server to help identify and determine the highest security protocol to be used during their session, or simply the authentication method that is agreed upon. After a series of exchanges which include the public key and pre-shared key, the data encryption method is determined.

TLS 1.2 encryption is available on the latest edition of the Acuvim II power and energy meters with AXM-WEB and AXM-WEB2 communication modules, along with AcuLink 810 data acquisition server (DAQ). 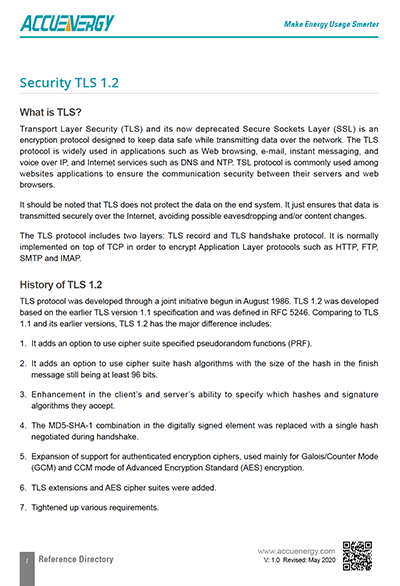