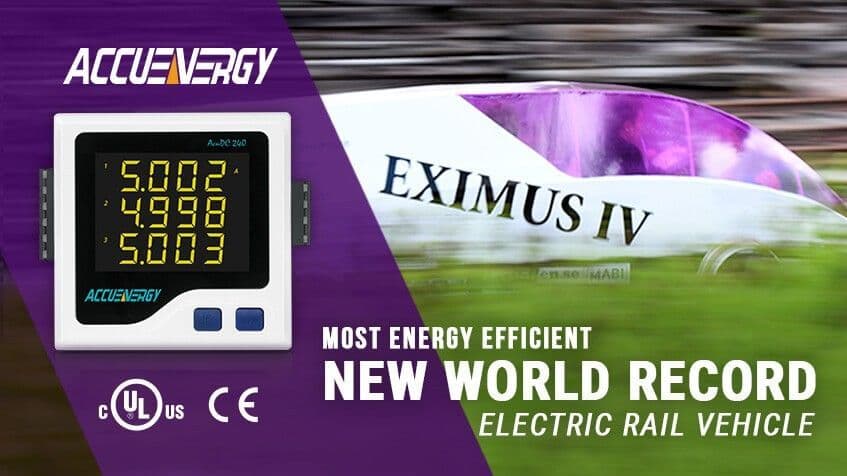 For the past 10 years, the Delsbo Electric competition in Sweden has challenged teams of engineering students to design the most energy efficient, manned rail vehicles. Once again, a new world record has been set this year by the Swedish team from Dalarna University for their electric vehicle known as Eximus IV which expended a mere 0.517 watthours per person per kilometer.

The Dalarna University team broke their 2019 record of 0.603 watthour per person per kilometer during the 2020 competition. This means that, in theory, the Eximus IV can transport the weight of a person nearly halfway around the world using the energy equivalent to one liter of gasoline.

Think of it another way: The track used for the Delsbo Electric competition is just over 3 kilometers long which means that, remarkably, each of the competing vehicles consumes less energy than a set of ordinary automobile headlights.

The rail car designs were fine-tuned to make every fraction of a watthour count and a high degree of energy measurement accuracy was required to capture the historic result. Wits’IT (Netherlands) and Grovkillen AB (Sweden) developed the official measurement device to record each car’s energy consumption. The AcuDC 243 DC Power Meter from Accuenergy was selected as the metering component for its superior accuracy and ability to monitor real-time power consumption and regeneration from each competitor, which was then broadcast during the competition. Primarily designed for DC energy measurement applications, such as photovoltaic (PV) or wind turbine energy generation, the AcuDC 243 was paired with DC current shunts (also from Accuenergy) and readily adapted to the electric vehicle competition. The metering solution provided teams with invaluable, precise data to further refine their designs and obtain conclusive results.

The Delsbo Electric competition is at the convergence of construction, mechanical, and electrical engineering with the overarching goal of challenging university students to create the technology of the future. Accuenergy is inspired by their ingenuity and proud to have played a role in the competition.