What is an OTA firmware update?

OTA firmware updates save both time and money. Before OTA updates were commonplace, the embedded device could only be updated in-person by a technician. Generally, this meant a site visit to collect the device and connect it to a computer for reprogramming. In the case of companies that use the equipment in remote locations, this process was inconvenient and time consuming.

Benefits to selecting devices with OTA update capabilities include:


How do OTA updates work?

An OTA firmware update contains four primary components: IoT hardware, device firmware, network connectivity, and an IoT device manager. A successful OTA update needs an administrator to have the visibility and control over all four of components of the IoT system. An OTA update will be unsuccessful if any components in the IoT system are missing.

System administrators must use a device management system to deliver OTA firmware to embedded devices: 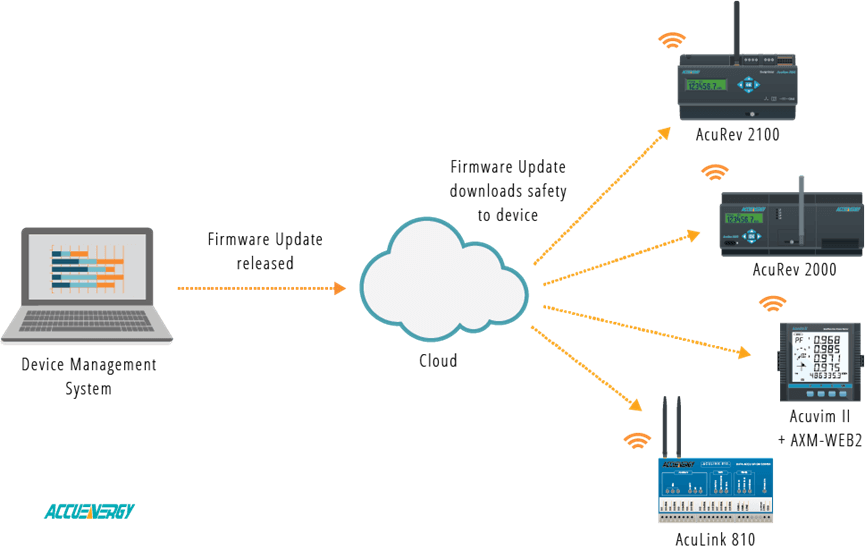 A device management system, with the ability to interface with microprocessors and firmware on IoT devices, is required to send out OTA firmware updates. When the new firmware release is ready, a file is pushed to the Cloud for deployment. From there, devices that are connected to the Internet can download and install the firmware update file.

End-users have the option to either update the OTA firmware automatically or manually. Selecting manual update option provide administrators with more control over deployment. The server will notify the user about the availability of new firmware and the user can decide whether to accept or decline the update. However, if the user chooses automatic OTA updates, the device management system can automatically push firmware updates to the embedded device through the device cloud. Automatic updates can be convenient for devices that are in remote locations especially if they are interfaced with infrequently.


How are OTA firmware updates used in Accuenergy products?

A number of Accuenergy products, including AcuRev 2000, AcuRev 2100, AcuLink 810, and Acuvim II + AXM-WEB2 combination, support OTA firmware updates. Users are presented with an additional option to use the remote firmware server to update the meter’s firmware.

While users must manually check, download, and install firmware updates on the AcuRev 2000, AcuRev 2100, and AcuLink 810, Acuvim II + AXM-WEB2 users have the ability to choose from three different automatic firmware update options: 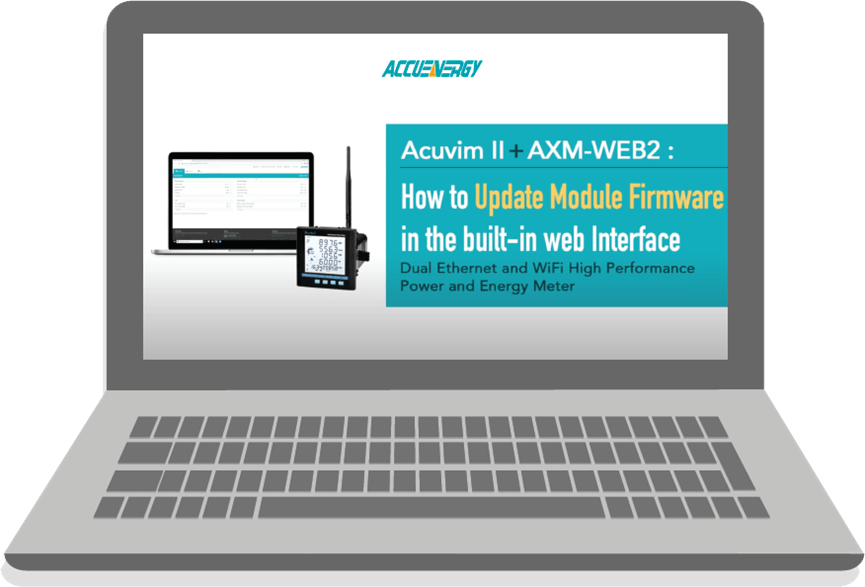 
If either “Critical Update Only” or “Automatically Keep Firmware to Latest” options are selected, users can select what time of day to push updates to their devices. To minimize impact to critical systems, the default update time is between 3am and 4am. After the automatic firmware update is complete, a confirmation notice will appear in the web interface indicating the time, date, and firmware version of the update.

The Acuvim II + AXM-WEB2 also supports manual remote updates. On the meter firmware page of the web interface, users can click on "Check" to verify if there is a firmware update available. Users can also check for a new firmware release notification on the firmware release page of the Accuenergy web site. The firmware update notification on the Accuenergy web site will also provide the information about any new features or bug fixes in the new firmware.

Users can log back into the web interface following the meter reboot. After logging in, click on the "About" tab in the top right corner of the page to view the "Device Information" page. The Device Information page provides users with the current installed firmware version and can be used to determine whether the firmware update was successful.