What is Peak Shaving and Load Shifting? 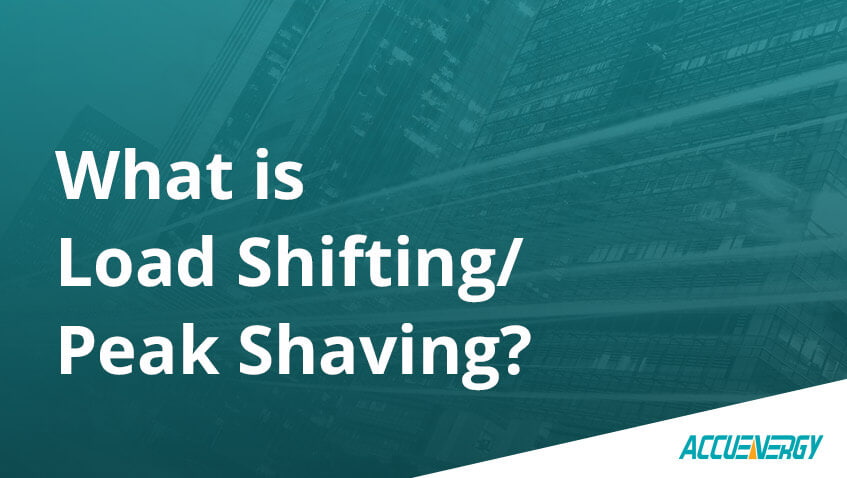 What is Load Shifting and Peak Shaving?

No matter the type of industry or business, it’s normal for energy usage to fluctuate throughout the day. Building occupancy, equipment usage, and even the time of year can all contribute to the demand for energy.

Energy providers are keenly aware of the ebb and flow of energy usage and, although demand may dip during evenings or weekends, they are responsible for the infrastructure required to supply enough energy to power every customer during the very highest demand periods. Installing and maintaining additional infrastructure, including substations, transformers, and power lines, comes with a high price tag and utilities attempt to recover some of these costs through a demand charge structure targeted at high energy consumers.

For large industrial or commercial customers, a utility bill will include charges for electricity that are divided into two categories:

Demand charges rarely apply to residential customers, however large industrial or commercial customers are often susceptible due to their exceptionally high energy requirements, or peak power demand. For these customers, demand charges can be on a scale and the rate can be increased as their demand goes up, which provides a strong incentive to cap peak demand and avoid even higher energy bills.

Some utilities have implemented demand charges that are tied to the time of day when energy is used, and energy providers can predict when the highest amounts will be consumed. During these periods, utilities will charge higher rates to encourage lower energy use and demand on the power grid.

For large customers, it is important to understand the profile of their energy consumption (load profile) as well as their exact rate structure to keep energy bills manageable. There are two strategies that can help large customers cope with demand charges: Load Shifting and Peak Shaving.

Load shifting is an energy management strategy that is used to avoid additional fees and relies on switching equipment off during periods of high demand and utilizing that equipment during times when prices and demand are lower.

For example, if energy prices are highest from noon to 6:00 pm, it makes sense to use high-consumption equipment either in the morning or later in the evening. There are obvious scheduling drawbacks to this strategy, and it may not always be possible to use certain equipment only during specified times. Work schedules and production demands can make load shifting a challenge and may be impossible for customers who normally operate around the clock.

For these customers, a second strategy, called peak shaving, may be a better solution.

Sometimes called “load shedding,” peak shaving is a strategy for avoiding peak demand charges by quickly reducing power consumption during a demand interval. In some cases, peak shaving can be accomplished by switching off equipment with a high energy draw, but it can also be done by utilizing separate power generation equipment, such as on-site battery storage system. This secondary system can be used to temporarily power a facility or specific equipment during on-peak times.

Using energy submeters to carefully monitor real-time consumption is required to know precisely when to either shut down or switch to a different energy source. By engaging battery or other power during periods of high demand, the need for grid power is instantly lowered to below the threshold of additional peak demand charges. Unlike load shifting, energy-intensive equipment can continue to run during on-peak times so that disruptions to schedules or production are minimized while saving energy and money.

Understanding how demand charges work and having in-depth knowledge of a facility’s energy demand are crucial to mitigating demand charges. By analyzing consumption patterns, equipment schedules, and rate structures, high-energy consumers can develop a strategy to avoid extra charges while increasing operational efficiency.